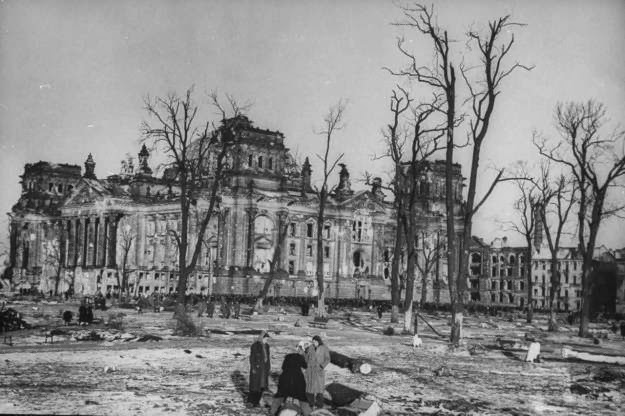 This is interesting... Hiroo Onoda, Japanese WWII soldier who waited until 1974 to surrender, dies at 91.

TOKYO – Hiroo Onoda, the last Japanese imperial soldier to emerge from hiding in a jungle in the Philippines and surrender, 29 years after the end of World War II, has died. He was 91.

Onoda died Thursday at a Tokyo hospital after a brief stay there. Chief government spokesman Yoshihide Suga on Friday expressed his condolences, praising Onoda for his strong will to live and indomitable spirit.

“After World War II, Mr. Onoda lived in the jungle for many years and when he returned to Japan, I felt that finally, the war was finished. That’s how I felt,” Suga said.

Onoda was an intelligence officer who came out of hiding, erect but emaciated, in fatigues patched many times over, on Lubang island in the Philippines in March 1974, on his 52nd birthday. He surrendered only when his former commander flew there to reverse his 1945 orders to stay behind and spy on American troops.

A clip from CBS This Morning from 06-10-12. A woman waits more than 60 years to know what happened to her husband in WWII.

The last of the original Navajo Code Talkers has passed away.

Probably one of, if not the most, bravest acts of Americans in the history of the country.

I never had friends later on like the ones I had when I was twelve. Jesus, does anyone?

When I was in France in 2012, I tried to make Normandy work for our 17 day trip, but it would have cut short some of our other plans. I know that sounds insincere but when I go, I want to take my time and really soak in the whole experience, and not just spend a day hurrying from place to place.

Tiger 131 was borrowed from the Bovington Tank Museum for the film. It is the first time a genuine Tiger I tank was used in a contemporary war film.

The World's Best Military Collection Is For Sale, Here's How To Buy It

Lots of great stuff from the Second World War in there. But anyone have $300K I can borrow for the SCUD launcher. I have...reasons...

The World's Best Military Collection Is For Sale, Here's How To Buy It

Lots of great stuff from the Second World War in there. But anyone have $300K I can borrow for the SCUD launcher. I have...reasons...

The last surviving member of the Enola Gay crew has died.

Check out what a 1,100 pound WWII bomb does when it explodes.

A section of the German Autobahn has been shut down after construction crews stumbled upon an 1,100-pound British bomb built during World War II.

The German government flew in experts to defuse the bomb using chemicals but the process failed. Transporting the 70-year old device to a safe location was deemed too dangerous, so authorities had no choice but to close the freeway and detonate it on location.

The explosion ripped a crater measuring about 75 feet wide and 8 feet deep in the east-bound lanes of the A3 Autobahn. Approximately 160 people living in a nearby village named Offenbach had to evacuate their homes because the detonating crew didn't know how big of a blast to expect.

Was that the one they've been missing for a long time?


1 user(s) are reading this topic