An animated data-driven documentary about war and peace, The Fallen of World War II looks at the human cost of the second World War and sizes up the numbers to other wars in history, including trends in recent conflicts.

70+ years later and still finding bombs, warships and now a pristine bunker, one of many that the Canadians had to deal with on Juno Beach. Canadian losses on D-Day, June 6th. 340 dead, 574 wounded, 47 captured.

70+ years later and still finding bombs, warships and now a pristine bunker, one of many that the Canadians had to deal with on Juno Beach. Canadian losses on D-Day, June 6th. 340 dead, [/size]574 wounded, [/size]47 captured.[/size]

I had the privilege to fight along side the Canadian light infantry snipers and all I can say is that maple leaf gives them a bad rap. Great group of soldiers.

<p>I am pretty sure Shack is thinking of PBR.

The last war that featured clarity...

The last war that featured clarity...

Long thread you have posted in it many times but I'll let your subtle disrespect right after I post go. I was just stating how I have seen badass Canadian military units in action, a lot of Americans don't know about the Canadian military and just think of mounties.

<p>I am pretty sure Shack is thinking of PBR.

Long thread you have posted in it many times but I'll let your subtle disrespect right after I post go.

What does that have to do with anything you posted about Canadians?

The 1942 battles with U-boats off the Outer Banks. 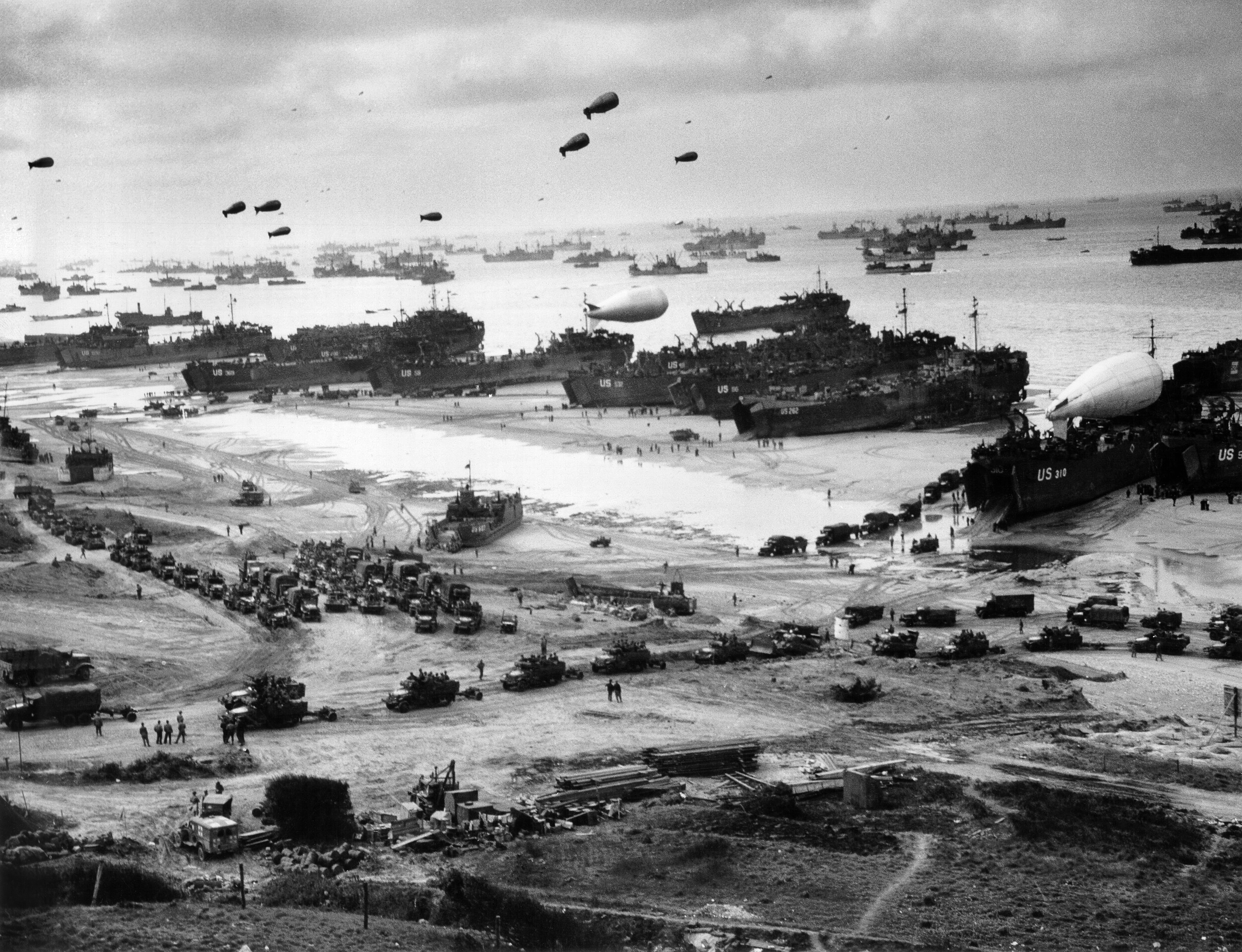 The 1942 battles with U-boats off the Outer Banks.


There are so many sunken shipsoff the coast of OBX.

That was a real good read.

It's easy to bash the French of WWII but one of my favorite photos is from one of the US cemeteries on French soil.

And if you look at the name on the cross of Sgt Robert B Seyler. He's from Oregon, was 25 and died on July 27th, 1944. He's buried at the Normand\y American Cemetery and Memoriial at Colleville-sur-Mer, France.

On 11 July, while elements of the 2nd Division assaulted Hill "192" the Squadron held the line to their left flank 4 and maintained contact with the 5th Division on the opposite side. Friendly artillery from both these divisions and V Corps pulverized the enemy on the hill in the greatest mass artillery concentration yet seen by this unit. From that day until July 26th the Recon. Troops, with active tank and assault gun support, held their sector of the forward line and patrolled to the ST LO ROAD and beyond.

On 26 July, after month of sparring for position and keeping the Germans dispersed all along the line, the combined weights of the 2nd and 29th Divisions were thrown at the ST LO sector. The German line bent, cracked and finally broke, and as the 2nd Division poured through the gap, the 102nd Cavalry Troops A, B and C with platoons of E and F attached, protected their right flank. Twenty minutes before "H" hour, F Company went on a quick sortie toward ST PIERRE LE SIMILLY to soften up the enemy's forward hedgerow defense network and inflict as many casualties as possible, while assault guns of Troop E fired heavy concentrations to cover the sneak thrust and withdrawal.

So as you can see, Sgt Robert Seyler was probably killed in the St Lo sector at the time when US forces broke through the German lines. Combat History of the 102nd Calvary Reconnaissance (very good read) -

Mark, I just saw that visualization of the fatalities, it is all the more staggering when you see it like that.

Mark, I just saw that visualization of the fatalities, it is all the more staggering when you see it like that.

The Soviet Union losses are staggering.

Check out the photo of a salvaged German FW-190A fighter off of the coast of Bergen, Norway.

On 1 November 2006, a Fw 190A3 was salvaged from the depths off the island of Sotra, near Bergen, Norway. The aircraft had made an emergency landing in December 1943; the pilot had scrambled to safety and was rescued soon after, but his aircraft had sunk to the bottom of the sea. After its retrieval from its 60 m deep watery grave, the Fw 190 ‘Yellow 16,’ from IV/JG 5 appears to be in remarkably good condition, only missing its canopy and the fabric-covered wing and tail surfaces.

Check out the photo of a salvaged German FW-190A fighter off of the coast of Bergen, Norway.

I didn't know it was fabric-covered...  since it was the first plane (that I know of, anyway) to favor electronics over hyrdaulics, and was newer than the 109, I just assumed it was all metal...

Fighter aces are seen as gods and heroes by society and history. Many books, programmes, films and interviews about them – and rightly so. BUT we never hear much, if at alll,  about the other brave men who also stared death in the face every time they took to the air – the air gunners.

Below is a list of air gunner aces – not many have considered these guys but now you can change that. And then scroll through the images of the air gunners and give them a salute. Amazing men. An amazing time.

What’s left to be said about Hermann Goering? The man was basically Hitler’s right hand and was one of the main people responsible not only for some of the atrocities that happened in World War II but also the rise of Germany before the whole thing was triggered.

That being said, it’s hard for me to come up with something interesting that hasn’t already been discussed about the higher-up nazi. Or is it? Looking up Al Capone’s car I happened to stumble upon some footage of Goering’s car as well as they seemingly had more in common than you’d expect.

Shot back in 1953, the video published by British Pathe on Youtube portrays the personal Mercedes of Hermann Goering, a car that was so heavily modified, it could hardly pass as an automobile. As a matter of fact, I think it was more of a tank than a car.

SANTA FE, N.M. — The remains of a former Santa Fe resident — long presumed to be lost at sea — have been found in the central Pacific and will soon be returned to his family.

1st Lt. Alexander “Sandy” Bonnyman Jr. was killed during World War II’s Battle of Tarawa more than 70 years ago. He, as well as 35 other U.S. Marines, was uncovered on the island of Betio in the central Pacific southeast of the Marshall Islands last month, according to the Santa Fe New Mexican.

Bonnyman, who was posthumously awarded a Medal of Honor, was one of about 1,100 Marines killed in the 1943 Battle of Tarawa. He has a white grave marker at the Santa Fe National Cemetery.

What a God forsaken place to die...

He volunteered and entered the war as a private, even though he was exempt due to age and occupation... got a battlefield promotion to Lt @ Guadalcanal...

However that wasn't the first time he enlisted... he dropped out of Princeton 13 years earlier and "signed up for the Army Air Corps and entered flight training in June 1932 but washed out three months later, reportedly 'for buzzing too many control towers'."   Good for him!