Right now it's looking like a four-man class: Guerrero, Hoffman, and both Jones and Thome first-ballot.

Thome has been unanimous so far, which I actually find a bit shocking. I seem to remember a bit of discussion over the past few years about the possibility he would be overlooked a bit at the start. Even the one known jackass ballot included him.

If the (Not Really) Veterans Committee votes someone in, it could be the biggest player class (not counting the special Negro Leagues election in 2006) since 1999 (the Ryan-Brett-Yount class, with Orlando Cepeda and Smokey Joe Williams picked by the VC).


We get a six-player class. That's nuts.

Hopefully Moose and Edgar get in next year....Obviously Rivera gets in as well.

Hopefully Moose and Edgar get in next year....Obviously Rivera gets in as well. 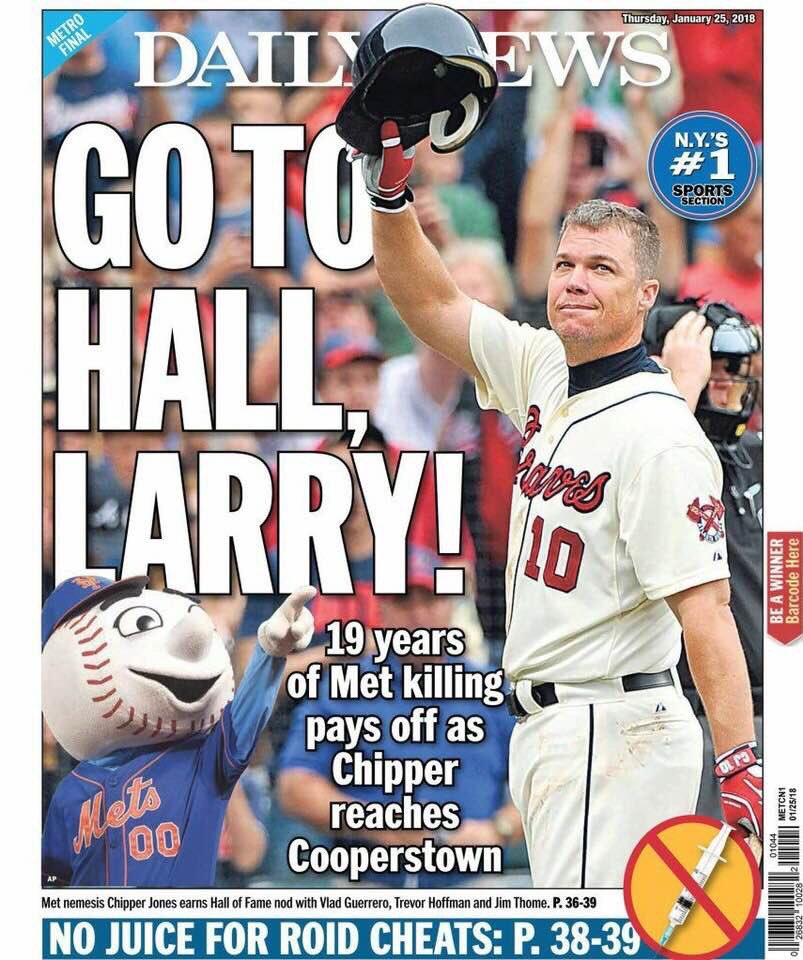 On the ballots which have not been released yet (or will remain private), Barry Bonds polled at 44.4%.

@DJ_McCann
Back to Hall of Fame