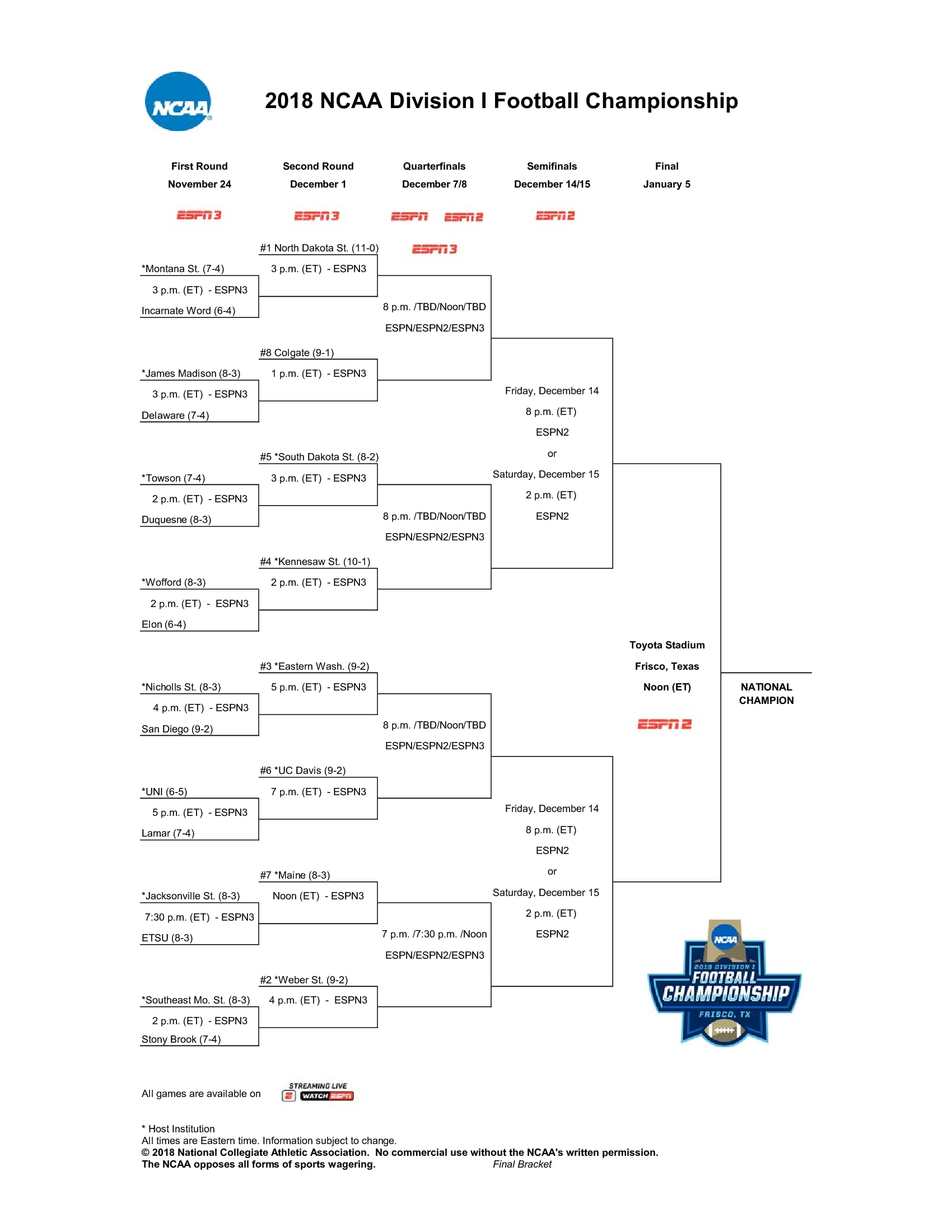 I look forward to them making a run all the way to getting obliterated by NDSU in the quarterfinals. Tom Flacco earns CAA Football Preseason Offensive Player of the Year, and Towson is picked to finish 2nd in the preseason poll. I've been working a couple days a week since spring semester started as a student manager with the football team. Everything from data entry, making itineraries for coaches recruiting trips, hanging up jerseys, showing prospects around the athletic facilities, assisting coaches in practice with setting up equipment for drills, spotting the ball, holding the chains. Sat in on a couple of meetings where coaches watch tape on high school players they may want to recruit (Love this the most)

As camp starts on August 1st I'll be there almost every day during camp helping out. Still working full time so I won't spend every day there from sunrise til bed check, but still will be there for the meat and potatoes portion. Not sure what game day duties entail, but I'll be part of that too, for home games. The previous student manager that put in four full years of volunteer work was able to go on road games in her last year. So I doubt I'll be afforded the same opportunity. Maybe next year as a senior?

The Citadel and their triple option owned the ball control aspect, holding possession for nearly 40 minutes in the contest. They capped off a 9:12 drive with a go ahead TD leaving Towson trailing by 1 with 3:31 left in the game. Two chunk plays and Towson was in position to grab the lead back. A Coby Tippett INT sealed the win.

Towson's home opener is next Saturday evening at 6PM vs. NC-Central.

Side note. Game was on ESPN+, and the coverage was horrendous. As in, how the f*** is coverage like this allowed to be on the mothership? PBP guy was fine. Color commentator had to have been doing public speaking for the first time in his entire life and I'm not even exaggerating. You get no sound from the field. And they called them Town-son, for most of the day. They would eventually get it right, but then would revert back to Town-son again.

Nice W to start the season. The throwback unis look so damn good too. 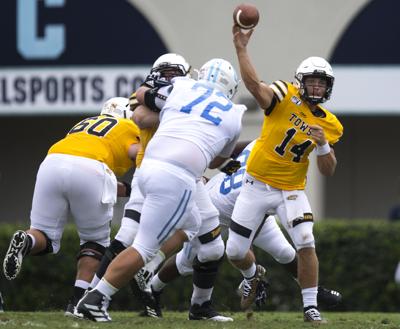 Nice W to start the season. The throwback unis look so damn good too.

I love the uni. The white helmet will be the primary this year. Citadel picked all white a month ago for this game expecting heat to be a factor and Towson having to wear black. One reason they probably went gold.

Home opener this weekend is “Gold Rush” so I expect them in gold again. Unless they unveil something this week, they don’t have gold pants....thank god...because same color shirt and pants is a god awful look (except white on white). So it should be gold on white or gold on black.

Towson jumped from #12 to #9 in this weeks Coaches poll.

Tom Flacco threw for 228 and 3 TDs, as well as a rushing score. He left the game in the 3rd quarter with the outcome well in hand.

The defense picked up two INTs. Coby Tippett with his second in two games, and Keon Paye with a pick 6. Michigan transfer DT Ron Johnson (RS Junior) played his first game and had an impact in stopping the run on short yardage and picked up a sack.

Attendance was 8,322, and the most since the championship runner-up season.

They don't seem to make the injuries as public as FBS teams, so without disclosing much, a few key players have been sidelined already. However they appear deep at those spots.

Next week they head up north for a tough test against Maine. The matchup will likely be one between two top-10 teams. Towson entered this week #9, and Maine #6. Yesterday, Maine lost their FBS game to GA Southern, 26-18.

vs. Villanova (getting top 25 votes) 6pm

It will be a top-10 matchup Saturday. Towson climbs one spot to #8 in the latest rankings. Maine falls from #6 to #9 after losing to FBS GA Southern.

The intensity at practice today was cranked up to 11.

Villanova cracked the top 25 this week at #23 and is who Towson hosts next week. Maine, Nova, Florida. Tough stretch.

Citadel, who Towson beat week 1, tied with GA Tech 14-14 in the 3rd. Remember they also led Alabama last year 10-0 at the half before the Tide eventually showed up.

VA Tech escaped, but The Citadel pulled the upset in OT over GA Tech.

@BSLMikeRandall
Back to Local University Athletics