This week in 1944 the US Army was suffering it's worse defeat as Germany makes a surprise attack on a weakened sector of their lines. Here's a good read on troops defending that sector, including the green troops of the 106th ID and the defense of St. Vith.

74 years ago today... US Flag was raised on the island of Iwo Jima by US Marines. Which has led to one of most the icon memorial of all-time symbolizing this achievement.

Seventy-five years after Harry Read parachuted into Normandy as a 20-year-old wireless operator, with a battery the size and weight of a toolbox strapped to his right leg, he will board a Dakota aircraft and do it again.

This time there will be no cumbersome battery, which on D-day failed to release on time and so pulled him sharply down into a swamp, an area deliberately flooded by the Germans which would claim the lives of almost 200 of his comrades before they could fire a single bullet.

“And when I board the Dakota, I will go and sit in seat 12. Because that was where I sat on that day,” said Harry, who will perform a tandem jump with the Red Devils Parachute Display Team as part of the 75th anniversary of D-day commemorations.

“It is a stupid thing to do at my age,” said Read, who is 95 on 17 May. “Elderly men don’t do parachute jumps”. But he is looking forward to it. “There is a delight in jumping,” he added, after having had a practice jump in September, his first since D-day. “But I resonate more with the sacrifice than I do with the celebration. The sacrifice enabled the celebration to take place, of course. And I will think of my mates who died”.

The last British survivor of the 'Battle of Britain' Wing Commander Paul Farnes died today at the grand old age of 101. Wing Commander Farnes was one of 3000 men that defended Great Britain against the German Luftwaffe in WWII. 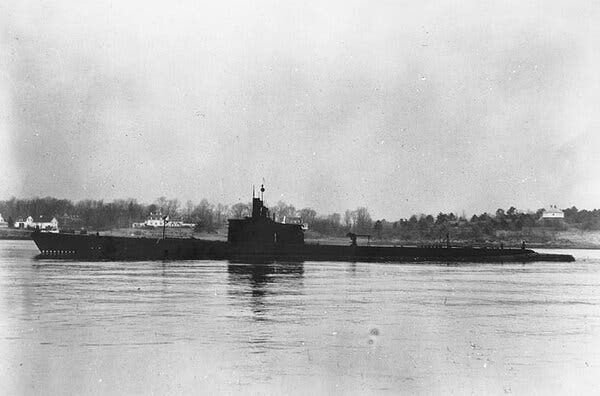 The U.S.S. Grenadier in 1941 off the coast of New Hampshire.Credit...United States Navy

He received the nation's third-highest military honor, the Silver Star, for his actions during the Battle of Tarawa, where he was killed Nov. 22, 1943, age 18.

Mark, you're the man. Keep reminding us. That generation of men and women will soon be gone forever.

I was a bit surprised that this particular model of aircraft was considered "forgotten," since years ago I had seen quite a bit on it....

I was a bit surprised that this particular model of aircraft was considered "forgotten," since years ago I had seen quite a bit on it....


Yeah, that "forgotten" claim is an entirely bogus premise... for an otherwise decent article about the Hurricane. Any account of the Battle of Britain praises the Hurricane as a stable gun platform that went after the bombers while the Spitfire targeted the German fighters.

The only possible justification for the "forgotten" premise I can think of is that you usually only get to see Spitfires in retro fly-overs these days... mainly because so few Hurricanes are air-worthy these days (wood and fabric)... plus, the Spitfire rightly gets credit for being the more remarkable plane, both technically and aesthetically... it's the prettiest plane ever (except for the later versions that ruined its graceful beauty with squared off wingtips, ala the P-51 Mustang which was originally designed to be Spitfire's replacement)...