After last weekend's game against Michigan was cancelled, the Terps will play their fifth game of the season on Saturday afternoon against Rutgers. The Scarlet Knights are 2-5 this year with wins over Michigan State and Purdue, and losses to Illinois, Indiana, Michigan, Ohio State, and Penn State.

Greg Schiano is in the first year of his second stint as their head coach after spending 11 years at the helm from 2001-2011. While their record may not indicate it, they've looked much better on the field as a program than they have in awhile.

The way it's gone, a victory may simply be getting to play the game. And not that it matters as much with no fans, but it'll be only their 2nd at home.

LOL if their last two bowl games are ACC teams

Balt Sun: Manning up: Why playing ‘dirty’ is a compliment for Maryland’s blossoming cornerbacks

I listened to a little of Locks show on Thursday.  It sounds like some of the players still will not be cleared to play.

Maryland just released their depth chart for this game. Primary takeaways are below. 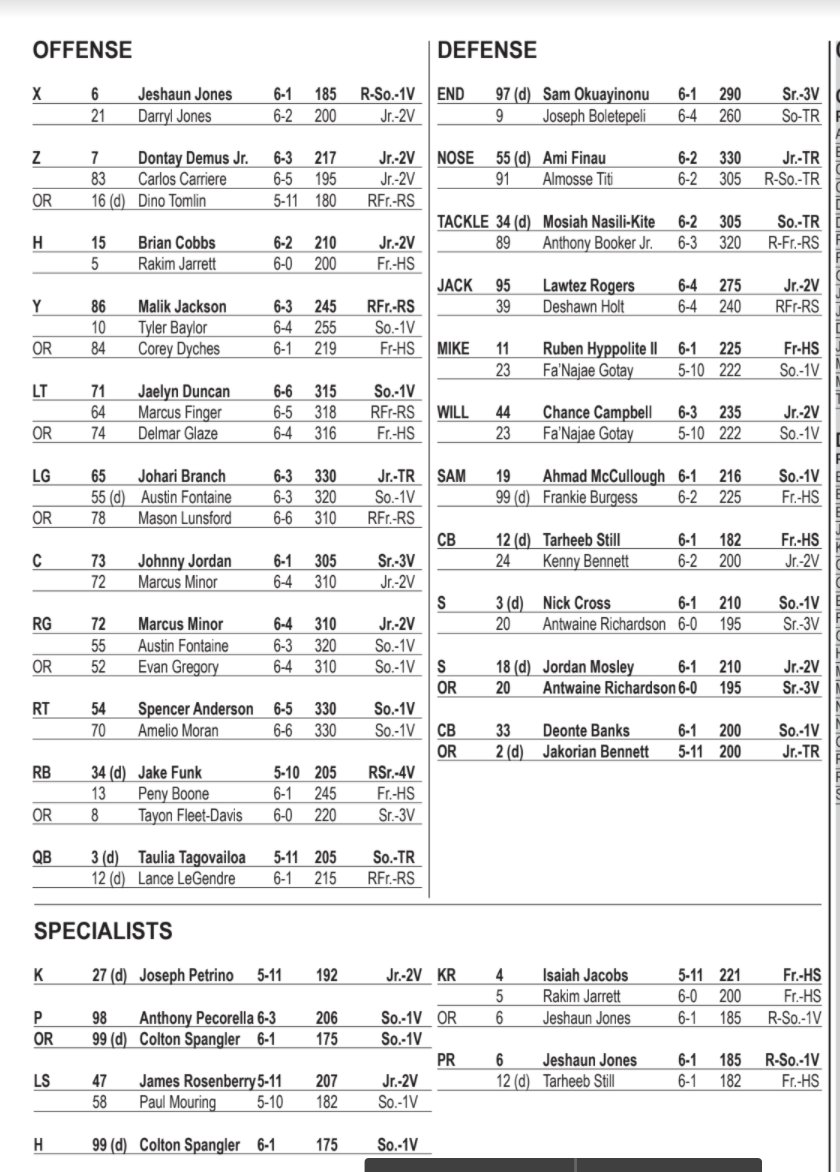 While the NCAA has granted all players another year of eligibility for next season if they so choose, the following players will be honored for Senior Day and move on:

The latest CBS Sports bowl projections have Maryland playing Missouri in the Outback Bowl in Tampa, FL on January 2nd.

Based on Maryland's most recent roster, it looks like DeJuan Ellis has moved from WR to DB.

Based on Maryland's most recent roster, it looks like DeJuan Ellis has moved from WR to DB.


The way his dad promoted him coming out of Youth Ball, you’d think he was a guaranteed Heisman winner. Just another Youth Football wonder.

Glad you highlighted Peny Boone, I think he's got the potential to be really fun going forward if he can run like that with how he's built

LB Ayinde Eley has officially been ruled out for this game. While we were recording the latest episode of Talking Terps this evening, Pat mentioned that, according to Locksley, LB Durell Nchami's absence from the depth chart was a typo so that's good news for the team.

Terps will be wearing their throwbacks that they debuted on Homecoming last year in tomorrow’s game.

Sounds like Taulia didn't test positive until Thursday, so hopefully LeGendre got a decent number of reps earlier in the week.

Back to Maryland Terps Football